Language of the Dead

Read an excerpt from my first novel Language of the Dead in Guernica.
Posted by Patrick Dacey at 10:20 AM 1 comment:

The Process IS the Story

I can't think of many novelists who, when I finish one of their works, leave me wondering what it is I just read. Sometimes it happens that the book is no good; other times it feels that the experience of reading the work, of being part of that work, living and breathing it for the week or two, is the point, and like a conversation with a stranger, a story overheard, I am satisfied, freed, and only a grain of what was said is left in my memory. This is the feeling I get when I read the work of Michael Ondaatje, an author often misinterpreted as someone concerned solely with poetics and not story. Yet, it's the story and the way that it is rendered, that leaves me with the impression of having lived in some place, in some time, that I can never experience in this world.

Having read The English Patient, Divisadero, and In The Skin of a Lion, I am struck by what seems to be such a simple, yet uniquely original conceit for a novel: the process of something being built as the arc of the story. Whether what is being built is a relationship, a tunnel, or the past, the story is concerned with the process more than anything else. Along with the process comes the stories and back-stories of the people involved and the history of place. In the final scene, whatever has been built is then utilized, whether it is torn down, imploded, or burned. But it seems as though because we have followed the process so carefully, because the language and characters have engaged us in place and story, we know what will happen here, that they will collide with the finished product, and all of what has been built will, and should, come undone.
The greatest stories do not begin or end, because they can never be told this way. We become part of the character's lives, as we do in this life, and learn what is necessary to learn in order for that particular story in their lives to be told. "The past is always carried into the present by small things", writes Ondaatje in his novel Divisadero. To look closely at that thing--a storefront, a woman turning a corner, a shard of glass in the street--can spark the entire history of the self, of all those encounters with other people in other places, the countless stories and conversations and experiences. Finally, the writer must determine what of those recollections, those parts, are essential in building the frame of the one story he or she wishes to tell.

The Bullet That Killed Chen's Father 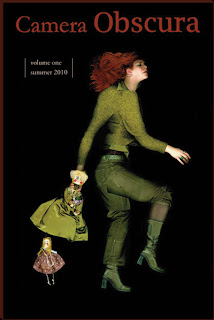 My story, "The Bullet That Killed Chen's Father" is out in the first issue of Camera Obscura, a journal of literature and photography. The journal includes stories by Nani Power, Kane X. Faucher, René Georg Vasicek, along with photography by Tom Chambers. This is a beautiful piece of work that deserves our support. Thank you for reading.
Posted by Patrick Dacey at 4:40 PM No comments:

My story "Earth and Mars" is now available in the Spring issue of Zone 3, a nonprofit literary journal published by the Center of Excellence for the Creative Arts at Austin Peay State University. 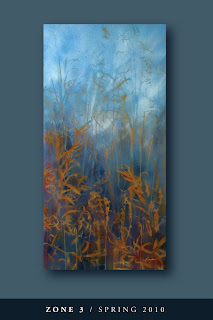 There is also fiction by Michael Martone, and a nonfiction piece by Ander Monson, along with poetry by Jim Daniels, Kathy Fagan, and Tara Bray. Those of you on your way to Denver this week, check it out at AWP, or you can purchase the journal through the link above. Thanks again for your support.
Posted by Patrick Dacey at 7:16 PM No comments:

The Moon and Sixpence

I picked up Maugham' s "The Moon and Sixpence" at Chop Suey Books in Carytown. I was in the mood for a first person narrative unlike a few recent contemporary novels that have left me confused about the form. Why do so many narrators today remember what they cooked and ate and watched and said? Accountability seems to be the strongest asset of any good storyteller. Save paper; state what matters.

I recently read "The Dentist", a story by Roberto Bolano, where two men come upon a brilliant writer living in a run-down section of Irapuarto, a city where I was once stranded after fighting with a woman on a trip to Guanajuato. I was attracted to the story immediately because of its location, but then, even more, because of the idea that there were still writers unfound in the world that either would never be found and didn't care, or wrote solely for their own pleasure, or were unable to get their work in the right hands to the right people to the right, who knows? I have to believe that writers need to write and need to be read, its connecting one's mind with another's through an object that was once a dream or a thought or a voice real or imagined. I remember Arthur Flowers saying there was no greater joy than to hold in his hands the book that was once inside his head.
Maugham does this well. His narrator follows, much like the narrators of Bolano's best stories. They tell the story of another, through their own voice, and hold themselves accountable for the accuracy and omissions and editing necessary in the retelling of past events. This allows the narrator to depart from the actual telling of the story at times in order to set forth his or her own thoughts. He does not have to 'remember thinking'. He is thinking as he is telling, and so the narrative is true to the form. No one can remember thinking. But in some writing the narrator remembers thinking better than he remembers his own story. 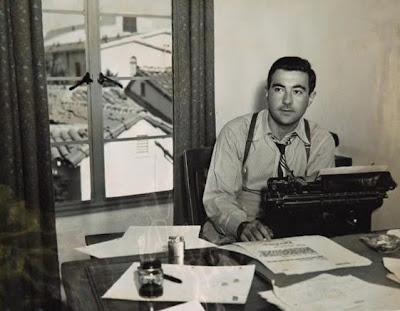 The narrator in "Sixpence" follows the not-so-tragic character of Charles Strickland, while defining for himself and the reader what art is and can be:
"The artist, painter, poet, or musician, by his decoration, sublime or beautiful, satisfies the aesthetic sense; but that is akin to the sexual instinct, and shares its barbarity: he lays before you also the greater gift of himself."
Throughout the novel, Maugham reminds the reader that he is detached from Strickland's life and so gives himself the privilege to write about it without mercy. The weakest moments come when the two interact, as it only serves to move the story along. But, what is most fascinating is his clear and concise ability to be astounded by a work of art while at the same time understanding that all good art is a sublime and unknowable force.
He writes: "The writer is more concerned to know than to judge." And one understands that in the end it is impossible to really know anything.
Posted by Patrick Dacey at 4:09 PM 1 comment:

Buying a Fishing Rod for My Grandfather

The short story. Not sure where it is or where it's going. I read them, take from them what I can, and if they're good, if every word is as it should be, and there is no denying a world as the one read, then I am left in awe, turning backwards toward the beginning to see how I was taken and ultimately stranded. Few authors have not only the ability, but the heart, to focus their talents on the detail and structure a short story demands, and who's to blame them? Hundreds of unread literary magazines are put to good use in starting a fire during these cold months. A fair number of my own stories are among the ashes. The move to online-only literary magazines is clearly coming, and I actually tend to read individual short stories online more so than I do in print, mainly for their instant availability. On the other hand, I have a deep appreciation for a collection as a whole. They are still being published in fine hardcover and paperback editions, and some great authors are lending themselves generously to the form.

I think of the collection as I do an album, knowing that Open Secrets by Alice Munro is not the same without the story "Vandals", nor is Neil Young's After the Goldrush the same album without "I Believe in You" or his cover of "Oh, Lonesome Me". There's a rhythym, from beginning to end, in a collection of short stories.

However, it is rare that a collection will stay with me, become part of me, in a way, long after I've read them. A few that have include: Jesus' Son, Rock Springs, The Burning Plain, Blow-Up and Other Stories, Cathedral. I may remember a story or two from the recently published collection The Heyday of the Insensitive Bastards by Robert Boswell, but, as a whole, I could not say the collection was well connected and the stories flowed from one to another with any real meaning or purpose.

The same can be said for Lydia Peelle's Reasons for and Advantages of Breathing, which contains two awesomely rendered pieces, "Kidding Season" and "Shadow on a Weary Land", but I don't get the sense that these two stories, the last in the collection, are connected to the rest of the book, as they are without question the most imaginative and original of the group.
(Side Note: Why does every young writer have a carnival story of some kind?)

Strangely enough, though, there is a collection I read recently by Nobel Prize winner Gao Xingjian, Buying a Fishing Rod for My Grandfather, that, even though distilled from seventeen stories down to six for the English language version (by Gao himself), work to represent the chaos of thought and memory and its influence on how the past is remembered and the present experienced. Gao is a masterful writer, often playing with tense shifts and narrative in a way that I have never seen before. I sometimes believe he is speaking to his own spirit. The title story, and, yes, I agree, a terrible title, is one of the best I've read in years, and the collection is pieced together in the same way that we live, remembering varied fragments of time from the recent past to childhood, even playing with our projections of the future. It was a joy to read, and, along with Soul Mountain, shows why Gao was such a worthy recipient of the Nobel Prize.
Posted by Patrick Dacey at 2:11 AM 4 comments:

Turning Back at Elk City